Less Than Jake Has More Than Most 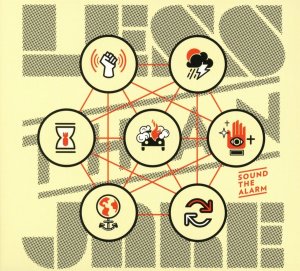 With a new EP available and a concert tour underway, Less Than Jake has been rocking and reeling at an amazing clip. Sound The Alarm, the latest studio effort from the Gainesville, Florida-based band is a rousing dose of ska punk power pop and loads of fun. In concert, LTJ typically ratchets up the good time vibe even higher, which is all the more reason to check out the current tour. But the Less Than Jake story does not end here.

As far as fan friendliness goes and providing a sonically superior sound, Less Than Jake is tops. Formed in 1992, the band’s discography, voluminous by any standard, contains CD’s, singles, live anthologies, vinyl records, cassettes, picture discs … and that’s just for starters. On the Pure Noise Records label for the first time, the 12˝vinyl editions of Sound The Alarm are visually appealing since the pressings are produced in different colors, including “White/Orange Smash with Black Splatter.”

After one listen to Sound The Alarm, chances are you’ll be addicted to LTJ. The opening cut, “Call to Arms,” is 2:36 of frenzy. Another standout is the Reggae-ish “Welcome to My Life.” There are other gems too. But don’t worry 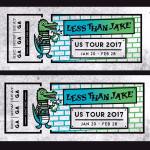 Less Than Jake’s concert tour is currently in full swing. Check out the band’s website for more information. Better catch them quickly, because next month it’s off to Japan. Sound The Alarm can be purchased on Amazon, iTunes, lessthanjake.merchnow.com and other outlets.