Music Interview: All About Those Tender Beats 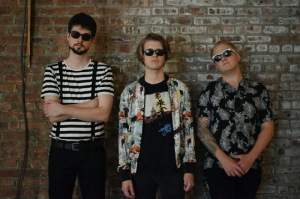 Appearing at the Springboard Festival was a surreal moment for the band Tender Beats. The show was something of a meteoric rise for the New York City-based trio. Founded in 2016 by guitarist and lead singer Oscar Fernando Perez, the group currently is working on an album and has a string of shows scheduled in the United Kingdom and Colombia, as well as an East Coast tour including a special New York date during September with Damian Sage and Love Past Blue.

Musicinterviewmagazine.com caught up with the band’s founder and frontman for a chat. 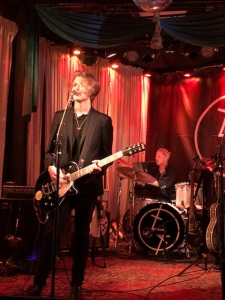 Your manager, Vicky Hamilton, described Tender Beats as sounding like “Jack White leading Nirvana, Radiohead and Led Zeppelin, all at the same time.” How did you feel hearing that?

I got a message from Vicky saying she liked our sound. I replied back saying thanks so much and felt flattered. Then I became curious about who she was and looked her up. I freaked out a bit and called my wife at her office and told her I remembered seeing Vicky appearing in a documentary. I didn’t know those bands were permeating so directly through my songwriting and singing. I thought I was a bit original, but the comparisons were dead on. After thinking about what Vicky said, I just felt I needed to write better songs. I probably won’t ever write better songs than The Beatles and Led Zeppelin. But I’ll take a chance for the rest.

Two years ago you were a materials engineer back in Colombia. How did the band eventually come together?

I was writing songs, put a band together and started playing live, right away. But I was having panic attacks before 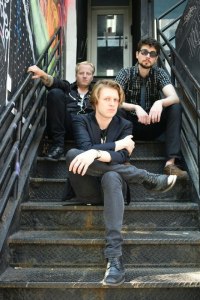 every gig, when my friend, who is a doctor, began helping me. I’m coping much better now. I asked my wife [then girlfriend] who lived in the U.S. before, if she’d like to move there with me. She’s an engineer who had her own company. But she said yes with no hesitation. We now live in New Jersey and love ourselves insanely. After that, I soon recruited Marcelo and Jared.

You have a self-titled EP. Can you talk a little about this?

I really like the songs from the EP. My favorite is the outro named “Melancholia,” which you can listen to at the end of the song “Tender Beats.” I want to re-record those songs into a full length album next year.

What are some other favorites from the EP?

“Bug In Your Walls,” which resembles a Muse sound, talks about watching my girlfriend while she is sleeping. I transform into a monster and chase her around the house before eating her alive. Another is “Elephant Man.” I wrote the riff and solo 12 years ago, but the song came together a month before recording the EP. I watched six hours of documentaries about elephants and read tons about them to be able to finish the lyrics. But the song is not really about Elephants.