Frankie Lindia: Runnin’ With The Devil In Sin City 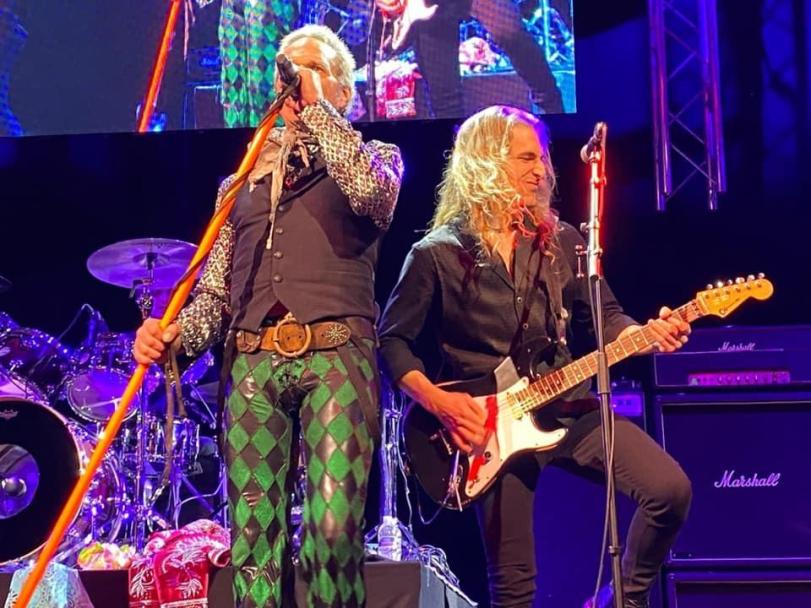 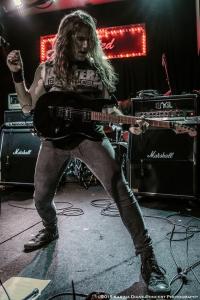 Multi-instrumentalist Frankie Lindia did not get the music bug at an early age, as much as the musician received his life’s calling. During grade school Lindia learned mainstream instruments like the bass and drums, as well as more peripheral ones, including the Sousaphone. Already having a solid foundation in place, Lindia discovered a certain band from Pasadena, namely Van Halen and his direction was set.

Guitar became Lindia’s devotion throughout high school and beyond while playing in various bands. Time spent learning the ropes taught him about the realities of the music business and life in general. With a load of talent and a ton of hard work, Lindia became a Charvel/EVH Gear and an FU-Tone endorsed artist. Besides being the proverbial kid in a candy store demoing the latest EVH equipment, Lindia continues to perform with Wheel In The Sky, among others. In 2018 the recording artist released the excellent eclectic solo album Creatures of Habit.

For a die-hard Van Halen fan, you would think becoming a Charvel/EVH Gear artist is a pinnacle of sorts. It would be, except that was recently eclipsed somewhat by another honor. Lindia was tapped to join the one and only David Lee Roth as part of the twin-guitar arsenal for the singer’s recent Las Vegas residency. Standing alongside one of the undisputed legends of rock, Frankie Lindia helped bring to life countless classics which are part of the soundtrack of America.

Frankie Lindia joins us at musicinterviewmagazine to answer questions about his approach to songwriting and music in general, insights into teaching students and more.

Musicinterviewmagazine: While teaching, do you ever have someone approach something in an unorthodox manner, making you stop and think, hmm…that’s actually pretty cool?

Frank Lindia: Yes, I have a lot of students who have their own unique ways when approaching a new instrument. It’s so interesting to see how someone approaches something on a clean slate. I love to help guide them in keeping it natural feeling, yet implying certain proper techniques. If someone is approaching an instrument their own way, but I see it potentially affecting their playing in a negative way, I’ll say something.

How did your album Creatures of Habit take shape? Did you record in a home studio or book time? Was it a culmination of song ideas you had for years or did you specifically write for the record?

For the Creatures process I did everything myself, literally all of it and on purpose. It was a tremendous learning experience and work load to take on, but I wanted it since I have the studio and enough gear to make something sound at least decent to me. [Laughing] I had a bunch of pieces to songs and eventually started laying things down. Unlike my previous original bands Diamond Lane and Legal Tender, I wrote more in the studio and on the spot. And although I prefer having everything ready to record before that process, I must say I enjoyed a different work flow. The last song I wrote was “Reflect.” Just a couple weeks before I printed the CD’s I just shot the song out. To me it doesn’t really match the album, but I really just felt it needed to be there. Why not, right? [Laugh]

As a multi-instrumentalist, what normally comes to you first for a song idea? If you are away from any instruments, do you typically hear a melody, chord progression, or perhaps a drum beat?

As far as song processes go, I usually come up with a riff or melody and then build a progression around that. Other than that I’d say a rhythmic idea is second, whether it’s drums or even a rhythmic riff. I love progressive, odd time grooves.

Can you shed any light on how you came to be part of David Lee Roth’s band? To your credit, Roth obviously has very discerning ears and knows what and who will work.

Roth fortunately came about through a referral by a good friend of mine. It’s such a pleasure working with DLR and such an amazing learning experience. Van Halen is my number one band, so the word surreal doesn’t even do justice. I look forward to the future.

The in-the-know guitarist recognizes that much of the really cool stuff is in EVH’s rhythm playing. It must be fun being able to dig into those parts, especially with Roth himself performing with you?

Yes, EVH is a rhythm master. I always knew the whole catalog and as an obsessive EVH inspired teen, I knew the rhythm parts as well. So being able to project that along with doubling some leads was amazing. Add that, along with playing with the coolest musicians that I can now call friends, along with DLR himself and boom, magic! Beyond grateful!

How many guitars do you take to a show with Roth as opposed to a gig with Wheel in the Sky? Is it more or about the same?

Honestly I’m a simple guy. I only bring a back-up. Two guitars total. Always set up and ready to go.

What have you observed as far as differences in promoting your own music, versus joining an established machine?

Oh man, night and day difference. I grew up in a local band and hit it hard. Then joined another and was hitting it hard. Honestly, if you do that and put in the work – promotion, networking, practicing, etc. – it’ll catapult you into becoming a better all-around person, especially if you get an opportunity to join a well-oiled machine. It’s so important to be able to have your skills in your craft but also your business, while always remaining humble and grateful. Get your work done, have fun, be musical, stay inspired, always progress, set goals.

What are your goals beyond 2020? Can we look forward to another solo album, or collaboration?

I’m always planning for the next move. I will always be playing and taking on new projects as they come. That’s just me. I’ll always play music and teach. I have to. [Laughing] Whatever opportunity presents itself, I’ll go from there. But what I’m doing now is concentrating on teaching and building my business. I love it so much. Playing music is a part of life, an extension of me, personally. Some understand, some don’t and that’s ok. I’ll be working with many artists in the future, along with more solo albums. Also, my EVH/CHARVEL team has me doing awesome demos for new equipment and that’s always so much fun. Check out the killer gear with EVH Gear and CHARVEL Guitars, all the new lines of guitars and amps are just outrageously awesome. Stay tuned and follow me.

Peter Harris, Inside The Musical Mind, is a content writer with experience in not only blogs and podcasting, but also FM Rock radio. A self-admitted lousy guitar player, music is his passion and he loves sharing the stories of both legendary artists and up-and-coming players. Peter resides in Knoxville, TN and can be spotted around town accompanied by his very large and very spoiled dog.

One thought on “Frankie Lindia: Runnin’ With The Devil In Sin City”