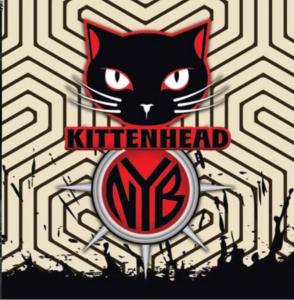 Say hello to hardcore intensity. Kittenhead’s EP NYB rumbles with driving rock rhythms and in-your-face musicianship. Melodic yet biting, the Los Angeles and San Francisco area-based indie band features a realistic, uncompromising aura that surrounds each of the five original songs from the album. Photogenic and popular with followers on social media, call the group rock, punk, or both, but this only begins to describe the music of Kittenhead.

The opening track from NYB, “Confusion,” is harmonious, accessible and thoroughly chart-friendly. Supported by a solid rhythm formation, 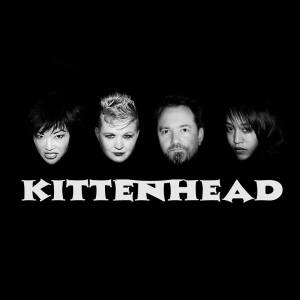 the guitar and vocals cleverly move within the 3:05 mix, while the bass and drums remain energized. Things get a bit funkadelic at the 1:50 mark, when a quick-footed wah effect starts ripping underneath the keyed up vocals. Nice ending too.

Deft bass notes and amplifier feedback open the second cut, a frenzied instrumental titled “143,” before the drums arrive and the time signature starts flying through the roof. Another highlight is the title track, “NYB,” shortened from “Not Your Bitch,” complete with percussive, palm-muted string accompaniment and stinging lyrics: “Your misogyny is the antithesis of human kindness and compassion. Do not expect a woman to accept less…” But Kittenhead’s not done. 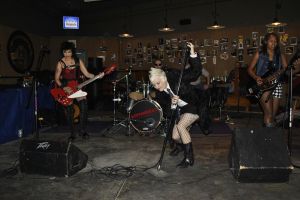 Fluid vocals provide “Bloom’s” arrangement with development and fullness, where “Numb” serves up drum fills and fretwork which lends a metal tone to the music.

Known for their high top sneakers and shoes, including designer John Fluevog, outside the recording studio, Kittenhead has developed a loyal concert following on the California music scene. The band has played benefit shows for cancer survivors, college scholarships and animal rights organizations.