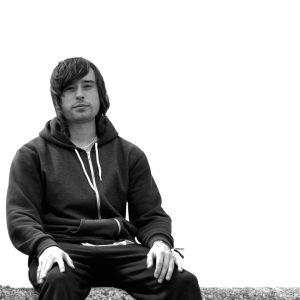 to liberate artists through an unimpeded, creative recording approach, Aug. 14, 2019 marked the official Scratch Rock rebranding. A compilation album celebrating the first five years of business was issued in 2018, the final release under the Schlimbum label.

Founded by childhood friends Minky Très-vain and Dydy Haynes, the two musicians have a fondness for London’s punk music scene, like-minded friends and similar listening enthusiasts. The culmination of these shared interests is Scratch Rock Records. The scratch concept typically allows for enhanced creativity through sharing and collaboration, while each artist and recording remains typically unique. Where the Scratch Rock Record label is concerned, throw in the distinct tenacity and determination of Très-vain and Haynes and company for something special.

An interview with Minky Très-vain

Minky Très-vain: The record label has been around for six or seven years now. The first name we chose for the label served a purpose back then, but the company has grown and changed over that time and we felt that our old name just no longer represented who we are. The growth of this label has been really organic and natural and so was the decision to rebrand. It’s been a long process behind the scenes, dating back to 2017 and it feels good to be the label we’d like to be.

How is Scratch Rock unconfined, compared to music created within typical boundaries?

There’s a lot of pressure when you’re an artist. If you’re in a local scene, then peers expect you to make the music that everyone else in the scene is making. When you’re an artist who’s released work in the past, your fans are expecting more of the same thing. Often a genre is given to the music that you’re expected to make. What we jokingly did early on in our existence as artists was make up a genre to be labelled as, so that we could decide what music we wanted to make, instead of waiting for other people to tell us what we were allowed to do.

When the record label started to expand and we began to release music by artists other than ourselves, we felt it only fitting to include them under the Scratch Rock umbrella no matter what music they were making. We feel it just takes the pressure off of them and allows them to focus on making the music that feels right to them as

people, before they start worrying about what other people will think of their work. It’s worked for us, so hopefully it works for them.

* Visit here to read about “Brain Ape’s ‘Live At The Unicorn’ DVD Release: Blistering And Riveted”*

We offer limited physical pressings at the moment. We’d like to offer more, but the state of the industry is no longer one that will support that environment. Consumer habits have changed and as a small record label, we have to focus our efforts on remaining relevant. Otherwise we will bleed money and no longer be able to support our artists how we’d like to. It’s a very tough thing, putting business decisions above personal desires, but it has to be done in order for the business to survive. As long as we remain ethical, it’s the direction I’ll

be steering the label in for as long as I can.

It’s factually undeniable that CDs have the highest fidelity of any musical reproduction. As long as you’re encoding in lossless formats with a high enough bit rate, then it’s as close to hearing the intended product as you can get. But I prefer vinyl. For a start, vinyl users tend to make more of an effort with their sound systems. If you’ve got nice preamps and a great set of speakers, then the listening experience will be wicked. Compare that to a lossless file on a set of laptop speakers and there is no competition. I’ll choose the vinyl. And for the most part, vinyl mixes tend to breathe more. Modern mastering for CDs and streaming services tend to favour overall volume by heavily compressing and limiting the final product over wider mixes that even modern vinyl’s have. Whether that’s the manufacturer targeting a niche demographic such as myself, or simply because the needle would skip the grooves if mastered too loudly, I don’t know. It’s likely a mixture of both. But it’s all just personal preference. I have friends who swear by cassette tapes, but I can’t stand that format, the worst of both worlds, in my opinion. However, if that’s how they want to listen to music, then it’s good for them. You do you and I’ll support your right to do that. I just won’t be buying your latest album on cassette.

What do you feel the role of a contemporary record label should be?

The music industry is on a several-year high and streaming has given it the kick up the arse that it needed. If a label can take advantage of that and aid its artists to forge a career in today’s market, then they’ve done their job right. Ignoring today’s trends and listening habits is an assured way to build an unsustainable brand, unless you’re dealing with a really niche artist whose listeners have unusual methods of consuming the art. And even then, I know 80 year-olds who have an Echo and ask it to play their favourite artist from the ‘50s. If that artist is on Spotify, Google Play, or similar streaming services, chances are they can capitalize on both revenue and exposure. That’s how a label should be thinking about its artists.

Can you tell us about the potential partnership with the Haringey Huskies hockey team?

The Haringey Huskies are a North London Ice Hockey team whom I’ve been a fan of for a little while now. The atmosphere at their home rink is stellar. They’re a very welcoming group of people and the sport is great. At the end of last season, I travelled to Cardiff to watch their last match before the summer break and I got to talking to the owner of the club. After a few drinks, the idea of working together came up. Fast forward a few months and Bob’s your uncle, we’re very close to finalizing a deal between the both of us. If we do manage to work things out, then I think the relationship between our two families will be a great one. We respect the love they have for their sport and the community and to be a part of that will be a great experience, I feel.

Note that Brain Ape begins a new tour in Nov. 2019 and tickets are now available here.

Paul Wolfle, the publisher of musicinterviewmagazine.com, is a web-based journalist and guitar player who has written for several popular sites. Paul has a passion for connecting with a diversity of musicians who are looking to grow a positive presence by way of the World Wide Web.