Alexis Gerred’s ‘Sweet Angel’: A Tribute To Loved Ones 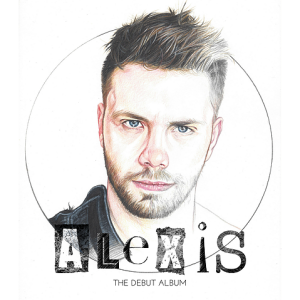 Full of emotion, cherished memories and spotless vocal phrasing, the debut single from singer-songwriter Alexis Gerred is a heartening song about unconditional love and reflection. Written as a thank you to Gerred’s parents for their everlasting support, “Sweet Angel” reveals how the London-based musician, stage, screen and television performer plans to bring up his own children. Complete with a video containing family footage, there is much more to say about the music.

Listeners will hear how the vocal work in “Sweet Angel” stays front and center, precisely where Gerred’s voice should be. With a resume that includes several West End theater productions, including the Green Day musical adaptation American Idiot, Gerred has the chops to show he is a cut above. The beginning of “Sweet Angel” features a slower tempo for the first 48 seconds, with AG singing to a somewhat minimal arrangement, yet having a strong delivery.

Changing stride a bit, an electric guitar sounds off and drums explode before Gerred kicks up the volume and

reaches for fuller notes and phrases, adding sentiment to the building crescendo while remaining balanced within the recording. This is where the singer’s range becomes apparent, radiating an affable pop rock confidence along with proper pitch.

At this point in “Sweet Angel,” you can hear the vibrancy of Gerred’s vocal treatment. His polished tone is pleasant, while at the same time, moving. Meanwhile, ringing U2-ish guitar chords offer the perfect sonic upsurge and complement to Gerred’s appeal: “I see you falling deeper down. I’ll show you how to fly with broken wings…”

Overall, the recording is clean and well produced. Listen closely and you will hear the quality of performance, production and expertise throughout “Sweet Angel.” 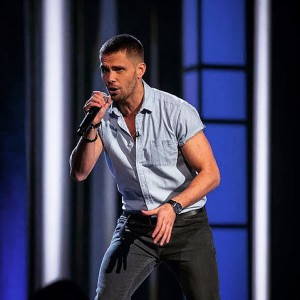 The YouTube video for “Sweet Angel” features three generations of Gerred’s family. The ending, with Gerred and his children playing guitars, is no less than endearing. The occasional screen pixilation adds to the emphasis.

“Sweet Angel” is the first single from the forthcoming album Alexis. The artist also has recorded a second song, “Hold You Close.” To

help defray production costs, a crowdfunding campaign has been launched through indiegogo.com, where the album can be pre-ordered. Look for a pre-album party.

More about the Artist

​Screen and stage credits include a semi-finalist in Let It Shine (BBC); runner-up in Eurovision; Your Country Needs You (BBC); Tom in Cardinal Burns (Channel 4); and Best Supporting Actor nominee for portrayal of Tunny in American Idiot (Arts Theatre) at the 2016 What’s On Stage awards. ​