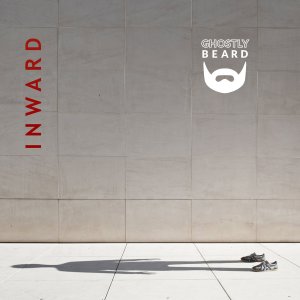 A Twitter influencer with a reputation for being kindhearted, multi-instrumentalist, singer, songwriter and producer Ghostly Beard’s album Inward is an emotive prog-pop collection of ten new, original songs. Penned by the enigmatic musician, each composition is fully accessible and laced with sonic warmth. Having been influenced by classic and progressive rock, jazz, blues and more, listen to how the songwriter’s perspective translates into distinct musical fluidity. But this only begins to tell the story.

The opening track from Inward, “How Does It Feel?,” begins with acoustic guitar strumming, before the recording shimmers into a tremolo-like lushness at the ten second mark, aptly creating mood and atmosphere. Soon a thick bassline takes hold before poignant vocals deliver a subtle and meditative entry: “When you’re ready to resign, the feeling goes away, but you’re almost blind, when you’re on the edge of time and all the things you’ve said are not worth a dime…” About the feelings of a frustrated indie music artist; now that’s getting Inward. There is more.

“The Love in Your Eyes,” the second track, is a sophisticated pop rock blend featuring a crisp electric guitar solo at

2:17. Once again, the vocal work and lyrics communicate a reflective personal story by way of a pleasant melody and excellent musicianship, somewhere along the lines of Donovan Leitch, “Year of the Cat” rocker Al Stewart, or maybe Michael Franks. We found ourselves replaying the next song, “Gone,” several times to hear the acoustic and electric picking during the intro.

If expertly played string bends are your thing, then Inward’s “Autumn Blues” is a must. But hold on, because the Beard is not done yet. The Montreal-based artist is joined by guest vocalist Emma Caiman on “Night Train” for beautiful harmonies. In addition, Sarah Talbot’s backup vocals on “Going Away” are spot on. Other favorites include the jazz flavored “Let Go” and “It Doesn’t Matter Anymore,” where GB plays two pinch harmonics at the start of the song.

Inward is an outstanding indie music project and a clear indication of how Ghostly Beard pours himself into his songs. There is something else important to mention. The proceeds from Inward will be donated to MusiCounts, a charitable organization assisting music education across Canada. Told you Ghostly Beard was the compassionate type.

Other albums from Ghostly Beard include Invisible and the EP Infinite. Previous singles include “High Expectations,” “Jessie,” “Summer Boogie” and “Spring.”