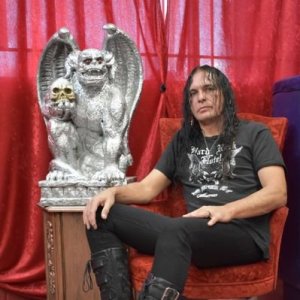 Listeners will be taken aback and moved after hearing Keith Ferrari’s original song “If Only.” The musician’s powerful yet sensitive voice has that effect. Ferrari is a metal rocker with remarkable versatility and a gift for songwriting which clearly stands out from the rest. Other tracks from KF, discovered on YouTube, including “Venom,” “Love Blind” and “From the Hip,” are aggressive and highly guitar-driven. But this only begins to describe the music of Keith Ferrari.

Influenced by classic rockers and metalists, Ferrari has an undeniable vocal presence, perhaps best exemplified with “If Only.” Written by 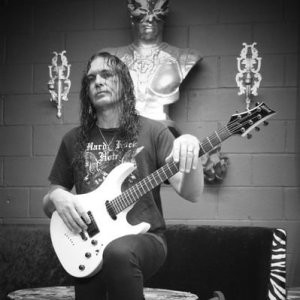 Ferrari, the song in itself has tremendous gravity about the loss of a loved one. When you add Keith’s singing, the words and music to “If Only” take on an added dimension of compassion and musicianship, maybe somewhere between Nuno Betancourt and Extreme and Tommy Shaw’s Damn Yankees. Peter Graigs’ expertly played acoustic guitar only adds to the drama. Not a bad place to be. After hearing “If Only,” you will likely agree; Ferrari is that good.

Metal enthusiasts searching for something new should check out Ferrari’s Sinister collection. While listening through a pair of Behringer headphones, we discovered the 3:53 “Venom” provides an amped up contemporary wallop, complete with thick fret-filled harmonics and a rhythm section that smokes. Another highlight and personal favorite, “Love Blind,” has the band pounding away, while Ferrari’s voice cuts through the mix with soulful ferocity. The same applies to “From The Hip,” where exploding drums segue into Ferrari’s potent vocals. Also, check out the excellent guitar playing on “Bitter End.”

Among the standouts from Keith Ferrari, add “Desperation,” “Control” and “Disarray” to the list. Generally speaking, the singer, songwriter and guitarist’s distinct voice lends to a clearly identifiable sound. His songs have balance, direction and heart, which make this musician a recommended choice.

Musicinterviewmagazine.com caught up with the “If Only” singer for some questions and answers. 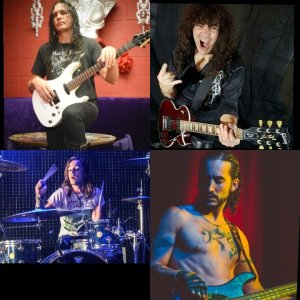 “If Only” surely reflects the versatility of your vocal work. What inspired you to record the song? Did you write the lyrics and music?

I did write the lyrics and music. The song was inspired by a past relationship, my first wife, who passed away.

Where did you receive your vocal training?

Well, as far as vocal training, I’m a natural, although I did work with Elizabeth Sabine in Los Angeles. But I’m basically self-taught.

Other tracks, including “Control” and “Venom,” radiate with absolute metal acuity. Is it just you on vocals? Did you also write these songs?

Yes, it’s only me on all the vocals. I wrote all the music for the album, except “From the Hip.” On that one, Peter Graigs wrote the music and I wrote the lyrics.

What, or perhaps who, has influenced you most as a singer? 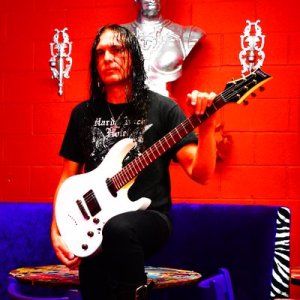 I’m a big fan of Peter Frampton and Tommy Shaw. So, I would say they influenced me in one way or another. But I’ve worked very hard on developing my own style.

Who produces your music?

Peter Graigs and I produced the music on the album, but it was mostly Peter. He did an awesome job.

As an affiliated BMI Nashville recording artist, how did the membership first come about? Was it easy to join?

I’ve been with BMI for so long, I can’t recall, but it wasn’t hard to join. I knew a lot of artists who helped me along the way, which helped.

Your Twitter page mentions Proton Guitars, which are made in California. How do Proton axes lend themselves to your music?

Proton guitars are amazing. The craftsmanship is unbeatable.

Sinister’s Army is the band, but it also reflects the fans. Our fans are number one to us and the best in the world. Here’s much love to them all.

Do you ever play live?

Yes, we’re working on a tour this summer. We will definitely keep you updated.

What’s next for Keith Ferrari?

Well, the sky is the limit. I’m really looking forward to going on tour and rockin’ with everyone. I’m already writing for the next album, which will blow everyone’s mind.