Working class heroes, wishing on a star and a shoestring budget, is one way to think of independent musicians, also known as indie artists. Usually unsigned and often unsung yet seldom discouraged, creativity is typically the 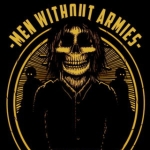 main message. Fueled with enthusiasm and a sense of interpretive expression, indie music artists are about more than just falling into a niche category. Musicianship means different things for different people, but indie artists have a common bond. This is just to start.

Indie musicians are generally self-funded and typically write, perform and produce their

own songs. The same applies for marketing and promoting the music. Despite contemporary crowdfunding techniques and sharing on social media, no matter where you go, independent bands and solo artists still encounter hurdles in having their collective voices heard. Some things never change. But if you thought this was the end of the story, think again.

store, a young student and her mother walked up behind me at the counter. This promising musician previously had rented a violin for music class in school and now wanted to exchange the instrument for an acoustic guitar. She shyly whispered something to her mom about wanting to be in a band. That is precisely when a bell went off in my head. Independent musicians are consumers who purchase scores of guitars, amps, picks, strings, basses, drums, sticks, microphones and tons of other related gear from both online and brick-and-mortar retailers. In fact, indie is a large part of the retail music business 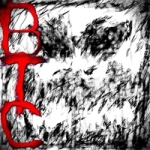 After listening to a variety of recordings over time, I discovered indie music carries that personalized songwriter’s touch across many categories. You can hear the distinction in the song lyrics and the various styles. Tailor-made differences also can be felt in the cover art, images and videos. Being close to such genuine music is exciting and the passion contagious. During interviews, I enjoy asking about the inspiration behind a particular song, guitar tunings and if a modeling amp was used in the studio. The arrangement naturally replenishes itself, while

providing an unending source of music references and friends. There is something else, too.

Normally, being a glass half empty kind of person, sharing the positive aspects of a band or solo artist’s music has become a welcome must. Plain and simple, the feeling is

comfortable and nice. Writing about the songs allows me to find the good in something, undoubtedly an escape from life’s overwhelmingly, negative blurs. Understanding and hearing instead of just listening is like being in another place. Lending support to others has led to a larger community of connections which I otherwise never would have found. Though not an indie artist myself, the admiration is clearly heartfelt. These are just some of the reasons why I write about indie music.