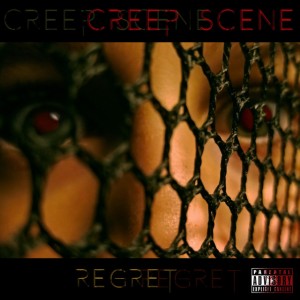 Demonic listening enthusiasts and heavy rockers can unite in the music of Creep Scene. Released Sept. 25, 2018, “Kill,” the opening track from the album Regret, is guttural, rhythmic and evil to the bone. Formerly a drummer and writer for several national touring acts, Creep Scene’s “Kill” satisfies a particular thirst for thick nu metal intensity, musicianship and the creature that lurks within. After hearing all 2:39, we are hooked on Creep Scene. But there is more.

Immersed In the Sound

Second up in the independently produced, ten-song collection is the 5:20 title track, where Creep Scene delivers more of a rock impression. Though the vocals in “Regret” might be less devilish to a degree, when compared to “Kill,” the battle of light versus dark remains a bold presence with Creep Scene, especially noticeable during the lyrics: “There is no heaven, there is no hell…”According to the Mineral Springs, North Carolina music artist, there is only “emptiness.” 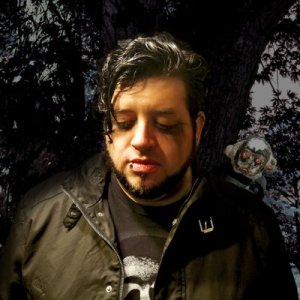 perhaps, but who really knows what prowls among the hidden recesses of people’s hearts and minds. At 5:28, the answer may be Creep Scene’s explosive “Abagoochy,” the longest song on Regret. Be forewarned, because the singer knows, “That you beat up on them.” Some of the time changes are subtle, but no less menacing.

Creep Scene creates a powerful impression, especially throughout the groove and vocal performance on “What Do You Want Me To Say?” Wicked rhythm changes and a sinister tone say this cut is horns up all the way. The drumming particularly is impeccable. Next on the list and clocking in at 3:00, “Fake Dead” is heavier, while “Beg And Say Sorry” returns to a malevolent pulse. Though another highlight, “Stuck,” has a somewhat alt-rock feel, we are talking about Creep Scene, so you can bet an incubus lies somewhere in wait. Regret closes out with “Nearth Worms,” which has become a personal favorite, thanks to the guitar riffs.

Creep Scene produced and appears in the accompanying YouTube video for the title song “Regret.” Distributed by The Zamp Camp, the intro is stylized before the music and images ultimately join forces to become a slasher/horror tinged theme with Oedipus-meets-The Scream overtones. The music composition fits perfectly within the development of the eerie vignette, making for a thought provoking audio-visual connection.

Look for Creep Scene on:

And on social media: