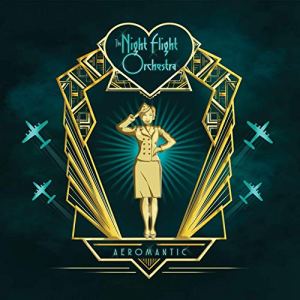 The Night Flight Orchestra has an uncanny ability to create a musical blend of prog-rock, dance and pop which can sound like lost 1970s hits. On the band’s fifth album, Aeromantic, released Feb. 28, 2020 via Nuclear Blast, the Swedish Grammy nominees further embrace theatricality to create one of the group’s best and certainly most danceable outings.

The NFO is a side project (or second full-time job, considering their steady output) comprised of musicians from European metal bands including as singer Bjorn Strid and guitarist David Andersson of Soilwork and Arch Enemy bassist Sharlee D’Angelo. Strid may be known for searing vocals and Andersson for shredding, but the former

channels his inner George Michael and the latter his own Alex Lifeson. The heaviness lies not in distortion or screaming but rather the melody, emotion and fun.

Following in the tradition of The Orchestra’s stellar departure points, “Servants of the Air” is the energetic opening track which propels Aeromantic from the runway. Once airborne, the single “Divinyls” follows a keys-driven, classic rock melodrama with lyrics about pushing beyond one’s own limits. Even when the lyrics are somewhat melancholic, the words are 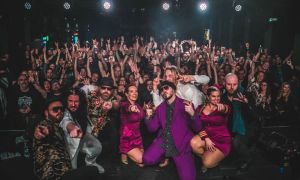 delivered in an uplifting way. The same is exemplified later in “Transmissions,” which describes a couple’s communication problems in succinct choruses and even features a surprisingly affecting violin solo toward the cut’s outro.

Another standout is “Golden Swansdown,” featuring Strid at the front of the mix with minimal instrumentation near the beginning, conjuring his best of Elton John. The band backs him in full by the illuminating chorus which, should it ever get mass exposure, could easily inspire an entire stadium to sing along.  In an effort to pay further homage to classic pop, NFO even used the drum kit played by ABBA on their 1980 album, Super Trouper. But that’s just the equivalent of an extra in-flight snack. The best quality about any Night Flight Orchestra album is that once the nostalgia fades, you realize these could be many future-classics fueled by captivating keyboard-heavy instrumentation and choruses which can elevate a listener into the stratosphere.

Aeromantic is listed as one of musicinterviewmagazine’s most anticipated collections of 2020 and for good reason; there are no layovers…er…skippable songs. So buckle in and enjoy the ride that is The Night Flight Orchestra’s Aeromantic. 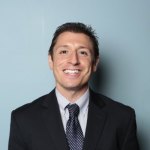