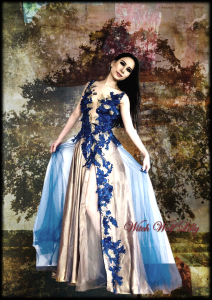 With a vocal prowess somewhere between a soubrette and light lyric soprano, joining operatic brilliance with rapid-fire death metal, listening to singer Lilly Kim makes for a truly compelling experience. Explosively evil while elegant, Kim, also known as Witch Wolf Lilly or The Witch-Wolf from Siberia, is a remarkable sight and sound to be believed. After watching the artist’s latest video, a Sepeticflesh cover, here is why.

The spilt-screen video for Lilly Kim’s 4:13 “The Vampire From Nazareth,” only adds to the somewhat hypnotic visual imagery during the song’s intro. Alone, for the first :29, the Witch Wolf’s voice is strong while floating gently within a lingering delivery which can ultimately be only one of two extremes; either virtuous or wicked. The black dress might provide a hint. When the drums enter, skins only with finessed sticking, the singer’s voice, without changing, takes on an aggressive quality as the feeling builds.

All hell breaks loose at :45, literally, when the entire band kicks in and Kim begins a round of sinister growling and amped up intensity. For anyone who thinks the devil is a woman, Lilly Kim’s performance could be why. Initial viewing of the video, published Jul. 24, 2020, caused several double-takes. The artist’s range is dichotomous and extraordinary. The band is outstanding.

Musicinterviewmagazine eagerly welcomed the opportunity to discuss the backstory with Lilly Kim.

An Interview with Lilly Kim

Musicinterviewmagazine: As a classically trained singer and vocal coach, how does being a soubrette soprano fit in with extreme metal? 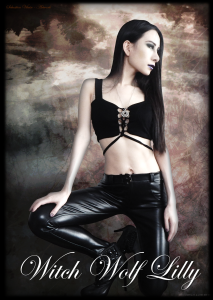 Most soubrettes stay soubrette for less than four to five years. It is usually considered a small phase for classically trained teenage singers before their voice fully matures. Most soubrette soprano singers lose that angelic youthful quality in their voice, develop heavy vibrato, which is not necessarily a bad thing and eventually become a mezzo soprano singer. Well, for me, it was not just a phase. My voice matured yes, but it just simply did not age at all and I still naturally sound like a soubrette.

I think soubrette voice is a perfect fit for extreme metal because that flute-like timber of soubrette voice really stands out in the middle of all the string instruments and percussion and adds a very interesting layer, a very special color. To me, metal music is about making what does not make sense – make sense.  It’s about challenging the status quo, experimenting with unorthodox, unconventional ideas; creating a new paradigm; defying traditional rules and norms; and at the same time preserving or even reviving the elements of the old, the classic. Metal music is a beautiful cascade of harmony, cacophony and dissonance all dancing together to create a very disturbing yet cathartic and therapeutic sound. Icy cold and sharp, fiery and sensual, earthy and gritty; metal songs that are considered a masterpiece always have these three elements- water, fire and earth. Soubrette voice represents the element of air.  I think four is better than three [laugh]. 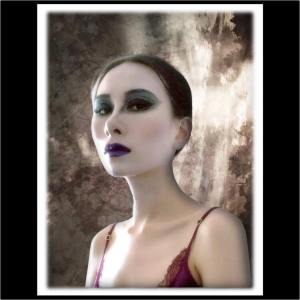 Are you considered a coloratura soprano?

I do have the vocal range, techniques and flexibility for it, but I would not really call myself that. I personally prefer keeping things simple, clear, not highly ornamented but still memorable and impactful. It is a personal preference, but who knows? Maybe in the future it might change.

What draws you to being a brutal death metal vocalist?

I wouldn’t say I’m a brutal death metal vocalist. I’m a black/death metal singer who can also sing brutal death metal. I do it because it’s fun. It allows me to be a different person. I love the contrast of light and dark, angel and demon, heaven and hell. I also believe opposites attract. The irony is, when you look deeper and see beyond what is externally in front of you, you often realize opposites are not truly the opposites. They are more alike than you think. That’s what my brutal voice and angelic voice combination is about. They seem like two opposite ends of the spectrum. Some people told me what I do is bipolar metal [laugh], maybe [laugh]. I did struggle with some symptoms of bipolar disorder in the past. I wasn’t actually bipolar; it was a trauma response. Metal singing became my therapy back then.

Practicing to develop this style heightened my power of intuition. I could understand myself better and I reached a new milestone in my philosophical and spiritual growth. My opera singing training is how I can scream and growl powerfully and I do it in a way that minimizes vocal cord damage. Growling strengthens my singing voice and gives the energy, the fire. They never clash. Opposites attract and there is a beauty in finding out that opposites actually share the same essence.

As “Witch Wolf Lilly” and “The Witch-Wolf from Siberia,” where does your inspiration come from?

I had a very painful past. I tried so hard not to let it destroy me. So many times, I almost died, but there was always a bright white light in me that saved me from getting devoured by the darkness. This is how I became Witch Wolf Lilly, a witch hated and persecuted because she was different. Wolf is a fierce and powerful warrior. Lilly is sensitive, delicate and fragile. My inspiration comes from all beautiful paradoxes in life.

You recently covered “The Vampire from Nazareth,” from Septicflesh’s The Great Mass. Are they a personal favorite? How did you develop the vocal lines in your interpretation?

Septic Flesh is one of my favorite bands, yes. They are one of the bands that really inspire me, especially the vocal lines. I just intuitively did what I felt was right. It came from deep within. Becoming Witch Wolf Lilly – liberating myself, death and rebirth – I channeled my own experience.

Are singers born to growl or is it strictly a learned technique? 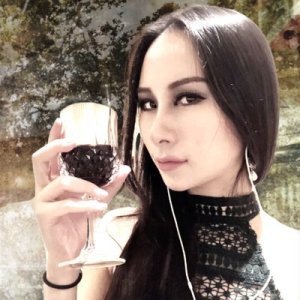 It is a bit of both. I was about 14 when I first tried and I succeeded. No one taught me. I didn’t think at all about the vocal technique, I just did it intuitively. I think this is how most singers start. However, if you want to do it for years and years professionally, learning the right techniques that work for you, consistent and rigorous vocal training, a good diet and physical exercise are very important.

Some singers only use chest-diaphragm when they do harsh vocals. I’m not saying it’s wrong. They do it because that’s how they normally sing. Most classic rock and hard rock singers use full chest voice all the time. I use head resonance-lower abdomen in addition to chest-diaphragm. Generally speaking, women growlers, especially mezzo soprano and soprano, must learn to use head resonance and not rely too much on chest-diaphragm to minimize and prevent voice damage.

What influences the cover songs you choose to record?

Some songs are very interesting to me, vocal wise. Some songs stir up strong emotions. These are the songs that I cover, when I can find the instrumentalists.

As an artist, what’s next?

To be really honest, maybe not right now, but in the near future I want to do more projects, shows, tours, etc. as an artist and less vocal coaching. I want to make my own band and create something very unique and memorable.

For more about the artist, please visit: