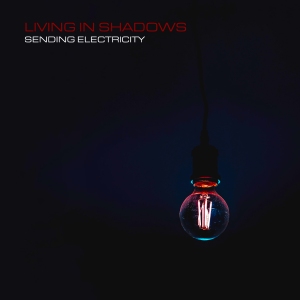 The music speaks to the spark in affections of the heart. Written by lead vocalist Zoe Gilby, while husband, bandmate and multi-instrumentalist Andy Champion was on tour, the cut emits a restrained energy and atmosphere. The melody helps communicate a particular state of mind and the overall feeling. The instrumentation features superbly played guitar, piano, bass and drums. Edgier than smooth jazz, with pop fusion inklings, “Sending Electricity’s” energy current flows from excited anticipation and musicianship.

The 5:07 duration says something a bit more complex than a typically formatted song on the charts. Possessing sincerity and gravity, vocal intonation adds to a candid songwriting idea. Gilby brings accessibility through, perhaps a bluish emotion, wrapped in a jazz-pop package. Meanwhile, the band intricately works with the singer, achieving a level of recording presence and mood. The drum beat is conspicuously striking combined with the singer’s subtly. At times, precisely placed piano notes provide some color. The accented cadence is catchy without being clichéd. Guitar fills echo with a pleasantly slight repeat.

With regard to the project, Andy Champion explains, “As a jazz musician and composer I have produced and been part of a lot of new, exciting improvised music, the majority being instrumental. It has always been a bit of a dream of mine though, to actually be part of a progressive band with a vocalist.”

Available Sept. 25, 2020, “Sending Electricity” follows the band’s eponymous debut single, as well as “For The Day,” the latter two released during the summer. All three songs precede an album launch in November. “Sending Electricity’s” good vibes radiate outward from Zoe and Andy and the musicians who helped out on the song, namely guitarist Mark Williams and pianist Paul Edis. The saxophone playing on “For The Day” is Graeme Wilson. No doubt, a certain rapport and professionalism exists within the band and the music.

According to Champion, “I have worked with these musicians continuously in many different projects over the years. I knew their ideas and style of musicianship would be ideal for Living in Shadows.”

“Sending Electricity” and all songs are available for download via popular platforms.

For more about Living In Shadows please visit:

One thought on “Living In Shadows’ ‘Sending Electricity’: Love And Music Conquer Distance”