The Forest Lights Interview: A Diversity Of Original Music And Style

Every so often a band comes along warranting listeners’ support by way of solid new songs. Right now, The Forest Lights fits that bill and then some. The Chicago-based group  is on the rise, eager to have their music heard and rightly so. The Lights’ songwriting and topics are spot on and sometimes serious, like with the 2:34 “Addiction.” But there is always more to the music. Here is why.

Taking the radio edit of “Addiction” out for a spin, as the instrumentation moves to a rapid up tempo reggae-rock pulse, the lyrics tell a true tale concerning friendship, detoxification and humanity; people helping people set to a vibrant reggae-ish feel. A cornucopia for the ears, another recording, “The Way We Live,” has a Red Hot Chili Peppers’ funkiness, while “3 Cents” drives with more of a rock momentum. The vocals on each cut have a certain magnetic quality. For The Forest Lights, there is no shortage of musical ideas. Besides, the band is wisely “Inspired with whiskey and the dream of not having a real job.”

An Interview With Ian Phillips

Musicinterviewmagazine.com: An original song, “Addiction,” moves at a rapid reggae-rock pace. What inspired the track?

Ian Phillips: It was inspired by helping my best friend sober up when he was an alcoholic. I wrote it to apply more generally to a person going through detox. I’ve had multiple friends through the years that have had substance issues and it all influenced the lyrics in some way. The music was definitely inspired by 90s-esque reggae and punk like Sublime to Rancid.

“The Way We Live” has more of a soul-rock kind of feeling. Does the band favor recording one style over another?

One thing I love about this band is how talented and diverse each person is as a musician. I’ve been a musician my whole life and I’ve played with a lot of people over the years. But this is by far the best group of musicians both in terms of talent and creativity. They’re pretty cool guys, too. 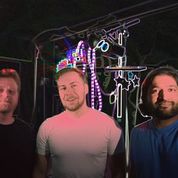 Our taste in music is pretty eclectic and I think you’ll find that shines through as we produce more songs. We have some tracks with influences from folk and electronic that we’re working on now; as time goes on I think you’ll see a lot more diversity in the sounds. Why just play one genre when there are so many options for good music.

During “No Gentleman,” both lead and rhythm guitars help drive the song. Are these two different players? Do you record the guitar parts entirely digital or are any cabinets mic’d, or both?

So far, I’ve been playing all the instruments except drums on the recordings. That will be changing now that our band is fully formed. I actually made the drum track on “No Gentleman” from samples; but my drummer Colin is 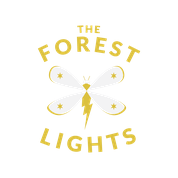 recorded on “The Way We Live,” “Addiction” and “3 Cents.” You’ll probably notice it sounds a lot better.

This track [“No Gentlemen”] was recorded back when I was broke and didn’t have much equipment. I actually used the direct-out from a Roland Micro Cube and only used the effects on that little amp. These days I have better equipment to work with. For guitar, sometimes I mic up an amp and sometimes I use digital effects from my hardware rack. However, I’m very picky on what I’ll use software plugins for.  I’ve always thought that plugin effects for distortion sound like garbage. As it relates to guitar, I mainly use plugins for EQ and compression, but I try to get the entire sound I want from hardware without using any plugins. Software plugins for reverb and delay are pretty legit, too.

The band has released several tracks this year. Are any plans in the works for an EP or album?

Definitely! We’ll be releasing a new EP in the next two-to-three months.

We have to ask, how has The Forest Lights been changed by the COVID situation?

Like all musicians right now, it’s been tough. We want to be socially responsible and do the right thing.  We’re going to be performing some live streams, but it just doesn’t compare to the energy and fun of a live performance. We want to get out and play so badly right now. With the weather getting colder, outdoor concerts will be off the table, too. You can bet that as soon as this pandemic is over, we’ll be playing tons of shows. For the time being, we’re just trying to make the best of it and use this time to produce music and content.

What’s next for The Forest Lights?

The next big things are the EP and music videos. We’ll be working our butts off to produce this. We do it all ourselves from our home studios. It takes a lot of work, but it’s fun and we can take pride in it. 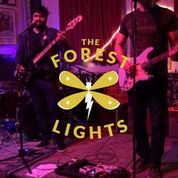 For more about The Forest Lights, please visit: