Imparting tranquility and interrelatedness, Stairway To Nirvana, from Samir Bodhi, suggests a movement toward general harmony through music. Offered as a response and perhaps remedy to the turbulency of racism, Bodhi and the band recommend the world could use a “Sense of Nirvana in the here and now.” The Eastern (Indian) classical music virtuoso realizes this dream in Stairway To Nirvana.

A creative guitarist, composer, producer and recording engineer, Bodhi, a naturalized citizen of the United States living in Southern California for decades, was concerned over a generalized animosity taking place, particularly expressed within politics and often involving non-residents. As a result, working with a group of the finest Indian-based musicians and collaborators, Bodhi travelled to Calcutta and Mumbai, creating the tracks to Stairway To Nirvana, recorded live in studio. The music was completed immediately before COVID-19 lockdowns and restrictions began. Released Jan. 15, 2021, leading off the collection, “Tranquility,” at 4:40, radiates a soothing acoustic charisma where Bodhi’s strength in fusing Indian and Western music concepts is revealed through magnificent instrumentation.

As the song implies, the second cut, “OM,” complete with vocal spirituality, is deep and mystic, evoking a spellbinding mantra quality. Listening first through a private drop box on a laptop, the 6:28 song has surprising clarity. Plugging in with headphones, “OM” is just as captivating. Later, listening via self-powered external speakers brought about an atmospheric quality, expanding inward and worthy of the conclusion drawn from the track’s title.

Watching the promotional music video for “Nirvana,” song five from Stairway To Nirvana, the imagery blends to the 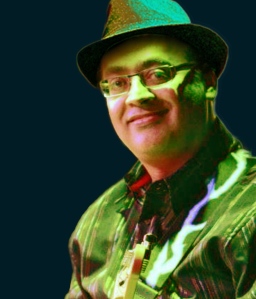 music with divine majesty, especially when ethereal greyish clouds roll over several regal mountaintops. Skilled string work adds to the voyage and ultimate destination. Yet, the idea behind the music remains approachable, conveying a universal human journey, culminating in newfound personal awareness. In exponential terms, think about the possibilities, because Samir Bodhi has. Proof can be heard in “Nirvana” and the other tracks on Stairway To Nirvana, Bodhi’s debut as a new age artist and producer under his own name. Meanwhile, the musician also is a globally recognized scientist and tenured academician known as Samir Chatterjee who has earned numerous accolades.

Lush, contemplative and filled with a benevolent perspective, an assemblage of superb players and vocalists has joined Samir Bodhi in creating Stairway To Nirvana. Arrangement, performance and production reaches for and ultimately achieves a better place to be.

For more on Samir Bodhi, please contact Beth Hilton, The B Company, at BethHilton@thebcompany.com