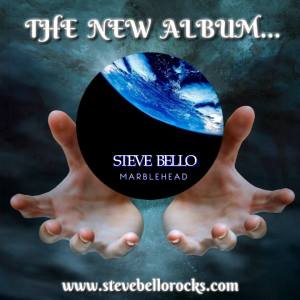 The “Two Clips In One” video from guitarist Steve Bello draws a straight line between hard rocking metal and cleaner but no less spectacular four-fingered chord phrasing. The first portion of the YouTube music clip has Bello performing original jazz flavored riffage on an electric double-cutaway before letting loose up and down the rosewood fretboard in a more expected fashion. Check out that light green pick. But this is only the beginning of the story. Enter Marblehead.

Available as a download or CD, which the artist will personally sign, Marblehead is Ramsey, New Jersey-based guitarist Steve Bello’s 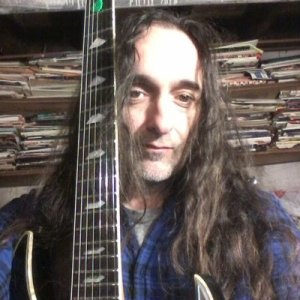 seventh solo album. The titles from the professional musician’s catalogue sometimes can be taken quite literally, including the opening track from Marblehead, an instrumental collection, “Time to Fly,” which is just that, via a high-powered wah cranked to the max. But wait, because it gets even better. At 1:02 into the song, Bello, who has been endorsed by Orange Amps® among others and is also a guitar teacher, begins picking a distinct sequence of notes, as if asking a question and then answering, all in the same lead.

Known for having a Steve Vai and Joe Satriani-influenced sound that occasionally moves into EVH territory, the title cut delivers a progressive rock, almost John Petrucci-Dream Theatre feel moving within Bello’s stringed crescendos. Meanwhile, the rhythm section is pumping with equal precision, providing the musical foundation for Bello to connect the dots, or in this case, the inlay markers. The production quality on “Marblehead” is balanced and the instruments can be heard clearly, much like the rest of the album.

Another highlight and personal favorite is “Turn to Rust,” featuring Bello using a Uni-vibe pedal. The overall mix has a funky shimmer and a punchy bassline which can pound the biggest woofers. At 6:33, “Turn to Rust” is the longest in the eight-song collection. As far as Marblehead goes, no matter which track you pick, Bello has the chops.

Steve Bello frequently performs live with a solo band and as a guest artist.