The Rah’s: Artistry and Musicianship From A Choice Contender

Penetrating guitar fills cut through the mix, alongside contemporary keyboard expressions and heady vocals, providing The Rah’s with a hard-edged recording presence. The band’s single, “Take It All In,” a studio track, has an addictive live feel which never quits. The band’s previous release, “Survival,” while spiked with a trippy rock sound, is no less addictive. The same zeitgeist applies to the group’s music videos. But there is much more to The Rah’s listening experience.

Known occasionally to use Electro-Harmonix® guitar pedals, including the Green Russian Big Muff Pi and Crayon Overdrive, The Rah’s six-string energy is complemented by a blistering bass and drum battery. Synchronized and spot-on, after hearing “Take It All In,” you can easily envision the axes picking to the time signature held down by the skins, cymbals and bassline.

Released Aug. 6, 2018, the lead vocalist is the finalizing part of The Rah’s complete picture. Together, the band creates a racing and contagious pulse throughout “Take It All In.” According to the lyrics, go ahead and “Take it all in, like you want it,” but that will not be enough. Enthusiasts also need to check out The Rah’s “Survival.”

Now a personal favorite, the single “Survival,” available since July, takes the group to a different place in the band’s musical range. Lo-fi filtered vocals set the tone before one or two neat, yet piercing guitar notes, enter the mix. The melodic changeover during the bridge is 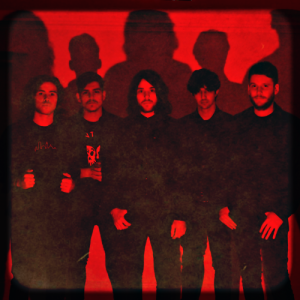 slightly anthemic and almost psychedelic, surely pointing to a close-fitting rhythm section. The production quality of both “Survival” and “Take It All In” is clean, unified and transparent.

All things considered, The Rah’s connect with listeners. The band typically can create a sonic imprint, no matter the atmosphere, which is the creative mark of something distinct. In other words, the Prestonpans, Scotland-based band can put you in a frame of mind just by listening to a song, which is what great rock music is all about. The Rah’s are recommended for these reasons and more.

The music video for “Take It All In” conveys The Rah’s goodtime personality about getting the party started and having ample crowd pleasing know-how. The “Survival” video is a bit more colorful and distorted, but like “Take It All In,” the production and editing are first-rate. No matter how you look at it, The Rah’s are a cut above and in all directions. What separates a good song from the rest? Just listen and watch The Rah’s and you’ll soon find the answer.

Videos: Filmed and edited by Mike Briggs at Carousel Films.

One thought on “The Rah’s: Artistry and Musicianship From A Choice Contender”