The Ocean Beneath’s Debut EP: Scratching Below The Electronic Surface 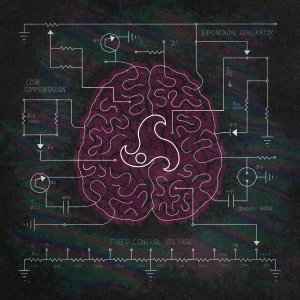 Post-rock synthwave enthusiasts can gather around the new five song collection from The Ocean Beneath with retro-futuristic delight. The Leeds-based band blends an inspiration for the 80s with contemporary recording techniques in creating lyrical content and textured melodies. The influence of Gunship, Future Cop!, Talk Talk, Berlin and others can be heard in The Ocean Beneath’s music, clearly a compliment. The Ocean Beneath offers something different, while reaching inward for a dose of realism.

Available Jul.1, 2019, including on limited edition purple vinyl, the self-titled EP explores how judging a book by its cover might be a mistake, as outward appearances often are deceiving. In other words, people living lives of quiet desperation, or something close. Perhaps the message of the 4:13 opening track, “Wake Up,” is a call to action on a personal level. The music is rhythmic, retrospective and a bit techno, with an analog synthesis flavor running throughout. The drum line and percussion provide the framework, while the production is seamless.

The second cut, “Transcend,” featuring Nath Jackson, takes on an ambient friendly aura with a brief Kraftwerk kind of intro. The vocals add to the somewhat subdued tone and grooving pulse. TOB takes on the silent, inner

concerns and feelings that live just below visible tendencies. With lyrics including “The secret’s hidden in you/stop and take a look” and “A soul that pushes on through,” encouragement is suggested. So are compression algorithms.

Third up on the EP, “The Meridian,” a 1:44 instrumental beginning and ending with a police or maybe ambulance siren, initially moves by means of a Diablo in Musica fiendishness, before a beautiful melody takes hold. Listen how the musicianship of the sounds is skillfully shaped. “Setting Sun,” also with Nath Jackson, delivering a pulsating club-ready beat and atmosphere, is a people mover. “Nocturnality,” the longest cut on the EP, jams with a propelling, recurrent drive. The sound quality is perfection. Meanwhile, a Polk Audio subwoofer was awakened pleasantly by the music. For these reasons and more, The Ocean Beneath is a recommended pick.

All tracks were written by The Ocean Beneath and Nath Jackson.

Lyrics and vocals are by Nath Jackson.

Artwork is by Tom Kulczycki.

For more about The Ocean Beneath please visit: