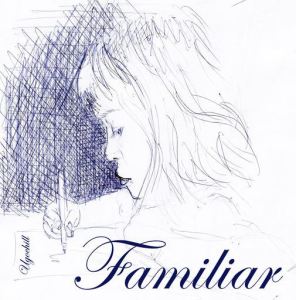 Released as the lead single from the forthcoming album Chill Em All, “Familiar” satisfies a listening urge for a modern lounge flavor as well as hot guitar work. With an accompanying video, also created by Ugochill, the instrumental has a certain retro charm while staying current and showing off the multi-media depth of the Serbian-Dutch indie music artist, producer and promoter. A self-described standalone musician, Ugochill’s “Familiar” carries a rock laced downtempo appeal and more.

Available as a digital download, the beginning of the video for “Familiar,” watched on YouTube, moves to a pleasant pace along with images of the sky, Earth and a lighthouse before a brief, but amped up, guitar snippet raises the curiosity level at :30 into the song. Continuing on, the imagery, organic and occasionally time lapsed, includes polar and tropical surroundings and scenery of the vast universe at large. The man behind Ugochill, Alex “Guitarista” Rado, edited the video which was culled from assorted authors’ content on pexels.com for free. It is easy to see how the changing images sync to the music rather nicely. The overall viewing experience is enhanced by the content selection and editing.

To take advantage of the full audio picture, “Familiar” was played through two self-contained speakers with

independent equalization. Listening to the music on decent size speakers provided a bigger, almost cinematic feel. Headphones also proved to be a great option for listening. One part a piano lead, make no mistake, “Familiar” is clearly guitar-driven, including Rado’s fingerpicking and playing slide. A personal favorite part of the song is at 2:25, when slide guitar rips away as the images change from icy mountain peaks to the lingering architecture of a bridge. It’s no wonder the Amsterdam-based musician’s middle name is Guitarista. All of the music is written and performed by Alex Rado.

“Familiar” comes as a follow-up to January’s cleverly titled “Vibration,” an electro rock instrumental dedicated to scientist-inventor Nikola Tesla. A steady beat and keyboard line offer accessibility minus any trite fluff. Though not laced with as much guitar, the groove and sci-fi buzz are warm, avoiding mechanized alienation. Ugochill’s song to Tesla speaks to club goers and rockers alike. Both “Familiar” and “Vibration” are characterized by superb performances, production and musicianship.

Look for Chill Em All toward the end of the year.

For more about Ugochill please visit: