Pauley Lane Band’s ‘Out Of Necessity’: Where Heart And Soul Thrives Among Independent Musicians 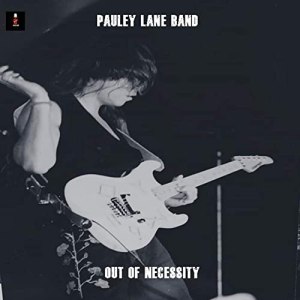 Having the kind of special something that listeners and enthusiasts continue to believe in says a lot about a band. With an assembly of some first rate players helping out for good measure, PLB’s collective depth courses throughout the group’s latest album, perhaps shedding light on why all the fan loyalty. An invitation containing ten tracks of musicianship and a belief in what the Pauley Lane Band does best is now available for the listening.

Not knowing what to expect, Out Of Necessity opens with “Radio Song (Radio Edit)” and offers a slightly different take compared to track nine’s similarly titled “Radio Song.” The first initially has a brief almost sitar sound where the latter offers a lengthier acoustic guitar intro before a lush keyboard movement kicks in at :09. On both, the vocals and band soon enter as the entire “Radio Song” mix is made whole. Plugging in with a set of headphones reached fullness and separation via added presence. Running the music through an external Bluetooth speaker was even better, bringing out lows, mids and vocals. Either way, comparison of the two “Radio Song” arrangements suggests creative composition played a role in the final mixes. The PLB is closely tied to their music.

Song three from Necessity, “California Honey,” quickly is becoming a personal favorite with its welcoming pace and delivery. At 4:22, the cut adds a bit of humor to the clever simplicity of a catchy song. After the California honey says “Hi,” a slide guitar swiftly conveys the rising excitability. Listen closely for the keyboards. Also from the album, anyone looking for a terrific melody has to search no further than “Checkout Time,” cut five, including the guitar fills and solos. A 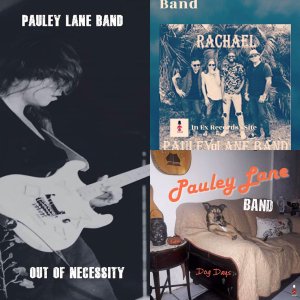 steady beat and timely playing keep everything together and just a bit sad as the lead vocals tell the story. Next up, “Poison” has a low key drive backed by some neat guitar, drumming and bass work. The vocals are subtle and harmonious.

A highlight and somewhat of a surprise is the hip-hop flavored rap cut, “Reggae Da Blanc,” featuring Snookie Blaze, from South Philadelphia. Hearing a band underneath the hip-hop powered vocals emits a rap-rock appeal. The Pauley Lane Band added quite a selection of musicians to the Out Of Necessity project. A Florida-based group, PLB even recruited artists from England, some by way of social media to appear on the album.

“It was a real fun process” and “Special icing on the cake,” Pauley Lane frontman and album producer Wyatt Pauley told musicinterviewmagazine.

Among the album’s guests is The Delerium Trees’ Drew Jarvie, who Pauley describes as “An incredible keyboard player.” “Drew was instrumental in some of the songs, which would completely have sounded different, so I thank him for that. His [Jarvie] keyboard knowledge on ‘California Honey’ and ‘Radio Song’ earned him credit as co-writer and co-producer,” Pauley added.

Read an interview with Pauley Lane Band – ‘Dog Days,’ Living in Amerijuanica, Being Indie and More’

One thought on “Pauley Lane Band’s ‘Out Of Necessity’: Where Heart And Soul Thrives Among Independent Musicians”