Mercede5 Interview: ‘I Know I’m Into You’ 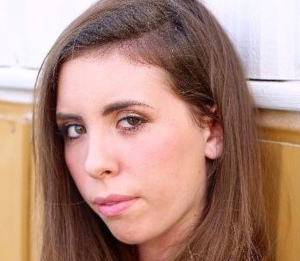 A lonely silhouette against the backdrop of a bluish-red sky provides visual charm before the vibrant rhythm builds to a forceful drum-filled groove. The singer’s tone subtly smolders within a pristine recording mix. The drum ‘n’ bass tag is clear. The song is “I Know I’m Into You,” from singer, songwriter and producer Mercede5.

With just a bit of backing and slight echo, Mercede5’s vocals to “I Know I’m Into You,” the title track from the singer’s album, are in the forefront and main reason to hit play. Meanwhile, the 2:00 cut’s percussive tempo subtly draws listeners in with an unassuming yet vibrant four-on-the-floor presence. Check out the synthy bassline, too. Matched with M5’s singing, the music moves with a club mystique. Songs from the I Know I’m Into You album include among others, “Hero Could” and “Libre de Ti.”

For more about I Know I’m Into You, musicinterviewmagazine.com spoke with Mercede5.

Musicinterviewmagazine.com: As the writer and composer of “I Know I’m Into You,” what inspired you to create the cool but simmering vocal feel?

Mercede5: When it comes to the vocals and that iconic and seductive feel in this song, I really wanted to portray something unique. I know that nowadays there is nothing quite like the mix between the vocals, the drumbeat and the instrumentation present in this album and in my style. I have to say that the intended outcome for my musical releases is just as you mentioned, cool and simmering. But this style of vocals comes very natural to me. From mixing and mastering, to the vocal composition and recording and so on, the intent is there, but so is the instinctual and natural flare, regarding my composition and production style.

Another original song, “Hero Could,” includes a protagonist. Did you have anyone specific in mind?

I wrote this song in a phase of my life while watching television shows with my sister that had hero protagonists. 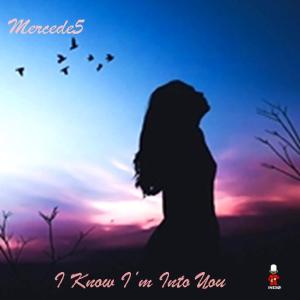 Even though some of my songs talk about love and relationships in the lyrics, it’s important to note that I don’t write lyric specifically from a personal point of view; however, it comes from an extensive observation of others and their situations around me, constantly.

So that describes the source of who, when analyzing my lyric and who or what I have in mind, when writing those songs. Not to mention, I feel it is very superficial when all you hear on the radio are songs about love. That is why this song was written with the intent to tell a story about something besides love. Instead, it tells of an adventurous tale of sorts and the plea for heroes to save those who need saving and their eternal gratitude for those heroes.

How did you arrive at the melody for “Hero Could?”

The melody came to me as I listened to the track and hummed out all the possible combinations of ways to sing it. And then, suddenly, it came to me, very spontaneously. I sang it out loud, sang it over the track and right away, said yes, these are the lyrics and vocals for this. This is the one. I recorded and it sounded quite “fire,” amazing. That was that.

“Libre de Ti,” or “Free From You,” takes a different musical approach, featuring an acoustic intro. Where do your creative ideas come from?

I’ll get a compliment from my singing professor and others and my vocal coach reminds me, it is a gift. I get my songs done in much less than 24 hours. Once I have the lyrics, the instrumentation and the time, it takes me less than a day to get a song produced. Having said that, as easy it is to finish a song, I find it’s easier to create songs,

to write and produce. It just flows inside me and straight onto paper. Plus, I’ve always had the ability to hear the music inside, if that makes any sense.

Do you have a favorite song from the album I Know I’m Into You?

I think it depends what the mood is. I think that there is a song for every person, just like there is a song for every personality and every mood. I usually tend to listen to more of the faster paced drumbeat type songs. But I recommend all the songs, which is why I recommend the album, not just to one person but to everyone and anyone who might like one track more than another, while still in the same album.

How does the album reflect your voice, style and feel?

It [I Know I’m Into You] reflects my voice, as the album represents a new chapter of my life and of my music. Before, my voice was not necessarily heard. No one really believed I would make it even this far. So, the album reflects my voice marking the newest and most successful chapter in my life so far. Not to mention, you can observe and listen to a variety of feels within one style, especially since online, if you Google me, my genre and subgenres are described as electronic as well as drum and bass and jungle.

But it doesn’t necessarily describe my music one-hundred percent. My music, style and feel do not completely quite fit any existing genre. This just serves as a reminder that the genre of my music itself is not common. If anything, the style and feel is unique, exotic and iconic, in its very own and unusual way.

Viewing some of your social media posts, we have to ask, do you consider yourself a foodie?

Not only do I love and enjoy food, since I am a major foodie, but I also am studying a professional chef degree, so that might be the source of my frequent postings of good-looking food.

What is next for Mercede5?

Next, I am waiting to see what the future holds and what this chapter in my life will bring, while proudly signed to In-Ex Records UK. I am excited to see what new mediums will come about regarding my recent work and latest album, I Know I’m Into You, available on all digital streaming platforms.

For more about Mercede5, please visit: