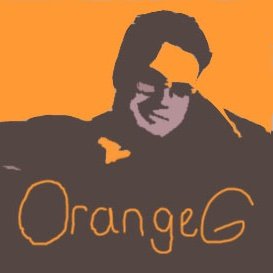 The “Look Both Ways” single from OrangeG is a bit of a changeup considering the artist’s previous songs typically earn indie folk and banjo category tags. The intro to “Look Both Ways” begins with a growling run-up followed by a measured beat and distinct vocal delivery. Falling somewhere between rock and blues, the guitar tone is thick and quite good. A multi-instrumentalist, G’s harmonica playing adds grit and feeling.

Released Nov. 20, 2020, a specific stanza listed on the Bandcamp page for “Look Both ways” summarizes the message with the line, “Look each way, at each face of the prism.”

Written and recorded by OrangeG, the artist performs all instruments and even the backing vocals on “Look Both Ways.” The track’s mixing and mastering are by John Michie.

Musicinterviewmagazine.com: The intro for “Look Both Ways” features instruments played and recorded with terrific tone. You wrote and performed all the music. What instruments did you use for the song?

OrangeG: Thank you. I was very pleased with how it turned out. I played guitar, bass, harmonica and programmed the drums. I also sang backing vocals on the track. A few of these were firsts. I had a bass sitting in our basement collecting dust and I had never done backing vocals. I guess there is a first time for everything. 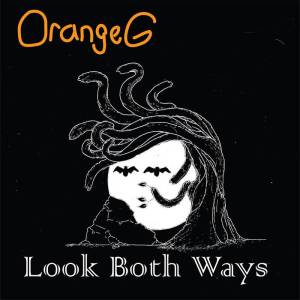 What really started it was the drums. We often use them to keep time when first recording a track. I became attached to how they sounded and kept them as I added additional elements. Once the harmonica was in place, I could hear the bass line and it all started to click. My friend who mixed and mastered the track, John Michie, suggested some backing vocals and lead guitar parts to round it out. As it came together, I fell in love with the way that the song better reflected the dark thoughts and themes of the tune. And once it was mixed, it opened my eyes to what is possible with home recording and the narrow box I had been limiting myself to.

Lyrically, “Look Both Ways” speaks to seeing things from a different perspective. Why did you choose to express this idea in a song?

I have always been a socially anxious person, fearful of the unfamiliar. I am typically pretty awkward around new people and expect the worst from them. I actually wrote the song after going to open mics and feeling super nervous around everyone. As the song began to take shape, I realized how badly I needed the perspective that our worst expectations of people are usually not what they are really thinking, but what we imagine them to be. It has definitely helped me process it.

For “The Dustbin,” you played the banjo. Do you use the same recording method for electric and acoustic songs?

Somewhat. If an instrument has an electric jack, it is always going to sound cleaner recording directly into the computer. For “The Dustbin,” I had to mic the banjo. 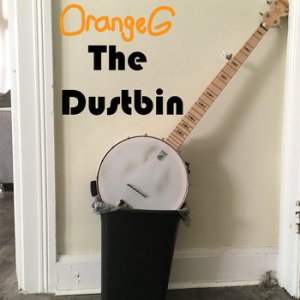 Do you listen to bands like Mumford & Sons, The Lumineers, or The Avett Brothers? How does your music stylistically compare?

I do. They are all great. I went through a serious Avett Brothers phase, just loved their album Emotionalism. Perhaps all three of those bands play music that is slightly more uplifting and inspiring. I often get accused, especially by my wife, for being a downer. My hope is of course to uplift through the messages of my music, but it usually starts from a place that conveys a darker mood.

We have to ask, how has the COVID pandemic affected you as a musician and in general?

The pandemic, as bad as it has been, did have the one positive tradeoff in that my work life slowed down. I am a research scientist and the inability to physically be at work made time for me to focus on my musical interests. The open mic that I was attending also went virtual, at hambonesopenmic.com. Transitioning to a virtual format definitely altered the dynamics in interesting ways. Instead of being just a bar in Pittsburgh with an open mic night, we now have acts come from all over the globe. It also is a lot easier to get off the couch to turn on a webcam than it is to drive across town and spend the night at a bar waiting for your set. The time to focus on my music and the open mic were huge drivers for me to take things a step further into releasing the songs I wrote. I am so thankful to the person who operates the open mic, Liss Victory, for encouraging me to share my music more broadly.

What is next for OrangeG?

There is a ton of stuff on my horizon. I am working my way through writing and recording new songs. I have quite a backlog of tunes and the next one to be released, in January, is a ukulele tune called “Orion’s Arrow.” I am working with John Michie again to mix, master and produce the song. In coming months, I am looking to expand into incorporating more electronic elements in the music. I am also working on merch, getting t-shirts made and would like to release a full album onto physical media, probably CDs at this point, this summer.

For more about OrangeG, please visit: